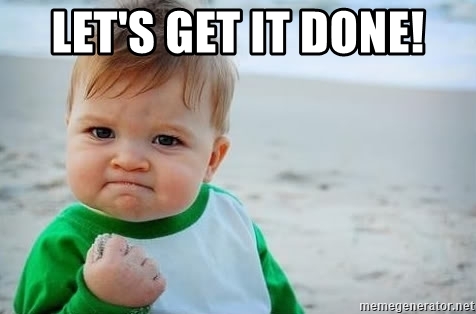 In the meantime, the House has been unabashedly supportive of measures that provide assistance to businesses. One need look no further than the first bill to be signed into law this session. Act 1 (21) was signed into law by Governor Ige more than a month ago. It provides unemployment relief for businesses struggling under the weight of the ongoing poor economic conditions. And the current version of the State Budget includes hundreds of millions of dollars for debt repayments for businesses.

When it comes to workers and their families, the House has, for a long time, had little more than platitudes and empty rhetoric. No surprise there. Neoliberal trickledown ideology reigns in the House.

Despite the epic failure and ongoing disappointment many share for House Leadership, the effort to move on these two pieces of legislation has nothing… nothing to do with ousting Speaker Saiki or anyone in his cohort.

Let me be clear. Anyone who wants to see these bills pass should not be raising the specter of a House reorganization or leadership shuffle. And any progressive advancing that narrative should stop it. Right now.

Progressives and their allies in this fight should keep their eyes on the prize; getting financial relief for those being crushed under the weight these difficult economic times. They are the ones we’re fighting for and any talk of a House reorganization only complicates and frustrates that effort.

Advocates using reorganization talking points should take a hard look at what their priority is. For my part, I am not interested at this stage in any speculation about changes to House leadership. To do so betrays the goals as spelled out by those labor leaders who initiated this effort.

I’ll be the first to admit that it is impossible to entirely parse policy advocacy from political considerations. Just like breathing creates carbon dioxide, policy advocacy and politics go hand-in-hand.

That said, when it comes to advocacy I think it is centrally important to focus on policy goals and how to get there.

Referring to the issue at hand, advocates need to ask themselves which they want more; passage of SB614 and SB676, or a House Reorganization. The floor actions being contemplated by the advocates are precise machinations that require sensitive negotiations. When progressives or those otherwise dissatisfied with House leadership choose to use this moment to attempt to raise the threat of a reorganization, they do so at the potential peril of the primary effort, which is the passage of bills that help working people.

Let me highlight my own complete and utter disinterest in any speculation about a House reorganization at this stage.

There was a time when any rumblings about leadership changes set my heart a-flutter, but no more. As I grow older, more experienced, and perhaps more jaded about politics, I have set aside any thought or ambition about changing the leadership structure of the legislature. Until we have many, many more legislators who are driven primarily by the advocacy for bold progressive policy, who leads the House is of little consequence.

If we were to see a new leadership slate in the House tomorrow, I believe it would have very little, if any, impact on the advancement of the most important issues of these times. Yes, maybe the tone and tenor inside the building would improve, but substantively, from a policy perspective, I believe very little would change.

These two bills, SB614 and SB676 would do real practical good for so many in Hawaii who are struggling. I choose to focus on them and that effort. Rather than whether or not it will lead to a change in House leadership.

If your intention is to move these bills, then great. Terrific. But then cut out talking points about a leadership vote. That doesn’t do any good (and in fact could lead to failure) for the initial effort to support working families.

I choose to keep my focus where it will do the most good. Not on some dramatic Machiavellian machinations. I hope you will do the same.